It was 40 years ago last month when I first stepped into a cubicle and started a professional career. I spent the first weeks meeting people and getting to know my direct coworkers and those that I would be interfacing with regularly. Predominantly I was using the non-technical part of my education those first few weeks; verbal and non-verbal communication and interpersonal skills. I had learned some in school; I had learned some being a student athlete; but mostly I learned them from the head resident position I had in college and the summer jobs from high school through college to graduation.

In the 90’s around 35% of high school students were employed. After 1999 that number started dropping steadily. By the start of the last recession, it was down to 27% and then it plummeted to 16%. In the last 10 years it has slowly risen to around 20%. 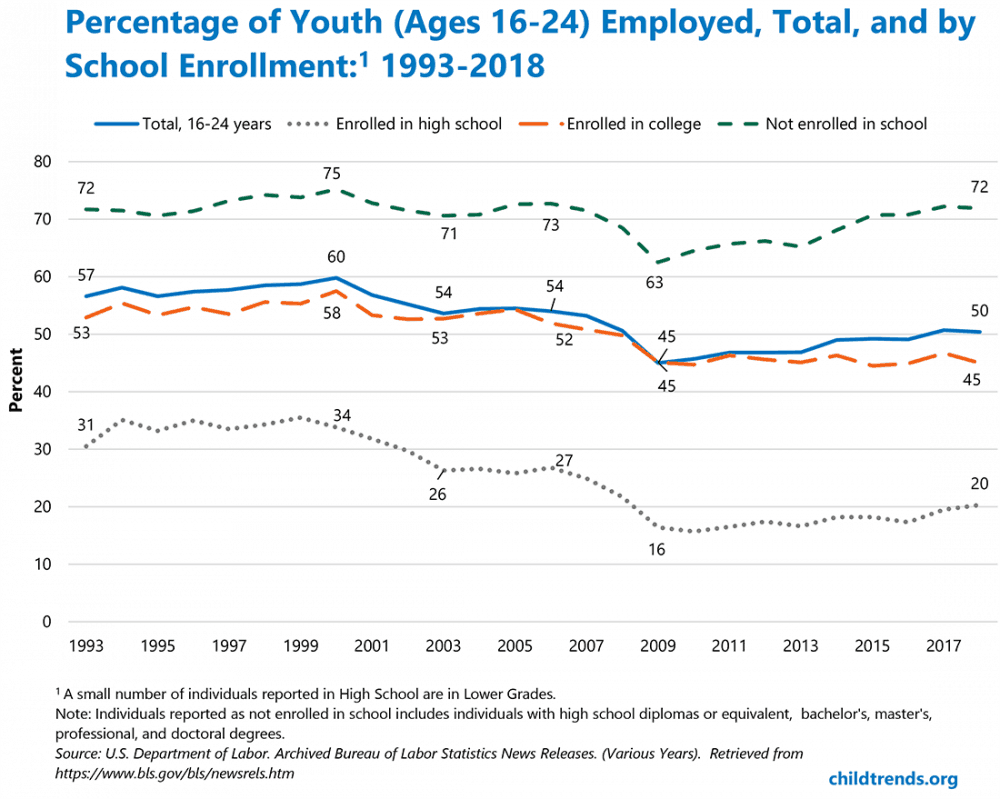 For both college bound students as well as those entering the workforce, the lessons learned about interaction, conflict resolution, interpersonal communication, happen in the much more dynamic environment of the workplace than the school yard. In school they are with the same body of kids they have known most of their lives. They are fairly well supervised and have few variables thrown at them on a consistent basis.

I speak to high school kids numerous times during the school year, both in their classroom setting and here in our plant when they visit. You can tell the students that have been put in positions requiring interaction with others and especially adults. We also employ both high school and college students, and see both their written and verbal communication skills when interviewing them for positions.

Working outside the home provides immeasurable skills that will pay dividends early in a student’s career. Starting with a leg up on communication skills allows that person to grow and learn at a faster rate than those that awkwardly feel their way through the initial years of working.

So as an employer, stress with your local school system the benefits of communication skills. Stress the need for BOTH verbal and non-verbal skills and taking opportunities to expand them. Lastly, offer opportunities to high school students during the summer months to expand their comfort zone, be out among working adults and learning interaction with new and diverse people. It’ll benefit them AND your organization.

For Email Newsletters you can trust.

As an old(er) person, Christmas and the sentiments around it changes. From a younger person, awaiting the chance to open … END_OF_DOCUMENT_TOKEN_TO_BE_REPLACED

It’s the New Year, and while I have never really been the New Year’s resolution type, I am the goal setting type. At … END_OF_DOCUMENT_TOKEN_TO_BE_REPLACED